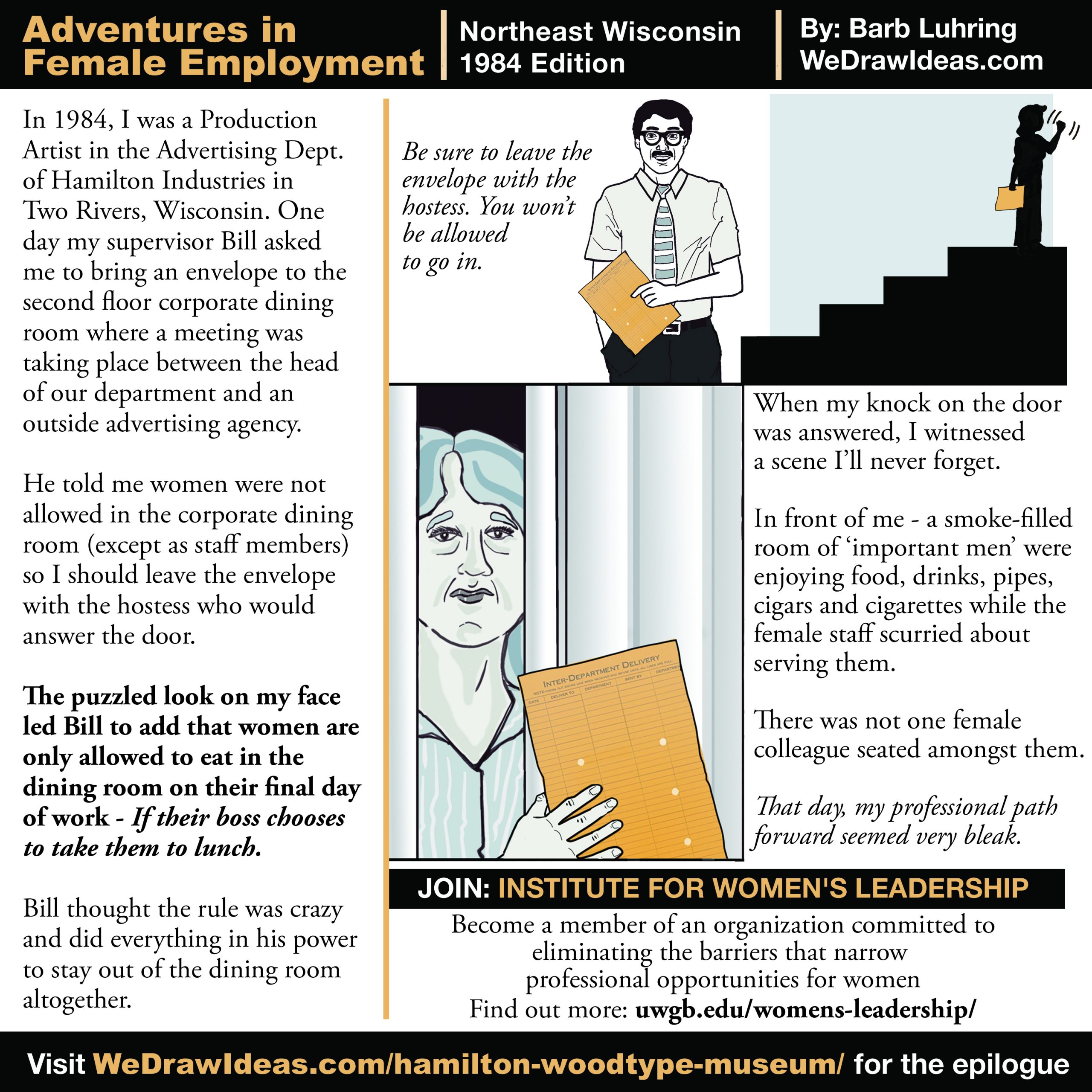 Do you have a story to tell that would benefit from words AND pictures?
Send me and email: barbaraluhring@gmail.com
and let’s get started!

There is an important epilogue to my time spent in the advertising department of Hamilton Industries between 1983 – 85.

When last we left off, I had made my way up the stairway to the Corporate Dining Room where it was imperative that I deliver an envelope with an important correspondence for my boss – the head of the Advertising Department.

And since the dining room was a ‘no woman zone’ (unless you were a waitress or hostess) I had to hand off the envelope to the hostess who would deliver said correspondence to my boss.

(BTW: This event was seared into my memory, allowing for easy access when re-telling over cocktails with friends over the next several decades!)

In 2018 I had the opportunity to recall and retell this story…for the record!

I decided to meet my longtime friend Hazel at the Hamilton Wood Type Museum in Two Rivers, Wisconsin.

The museum is all that’s left of the storied company founded in 1880 by J.E. Hamilton as the Holly Wood Type Company. This scrappy midwestern entity had adapted its product lines, survived nationwide booms and busts for over a century but it could not survive the decision of their 2013 corporate parent – Thermo Fisher – to cease operations.

However, from the ashes of the longtime manufacturer came the creation of the Hamilton Woodtype & Printing  Museum – an incredible museum celebrating Woodtype in all it’s glory!

As we entered the museum the docent on duty greeted us and asked us to sign the guest book. We happily obliged and our friendly banter turned to the fact that I was once an employee of Hamilton in the early 1980’s.

Upon hearing this, the docent brought out another guest book – one reserved for the memories of former employees. I immediately knew what memory I was going to share…my visit to the male-only Corporate Dining Room! 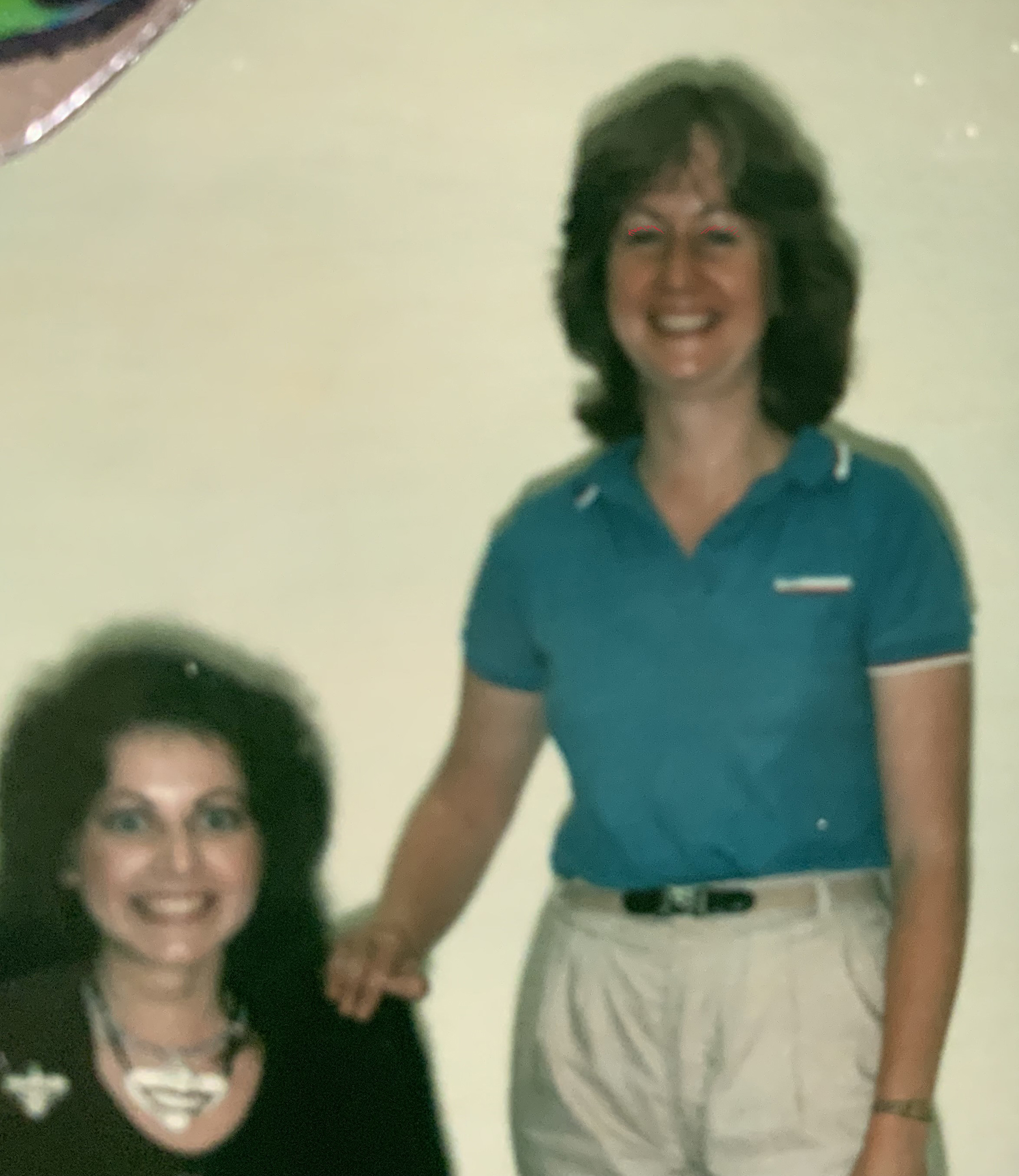 As I began my walk down memory lane, complete with details of knocking on the door and waiting for the hostess to answer and take my envelope from me for delivery to my boss, I noticed the docent was extremely engaged.

When I finished my tale, I could tell she was having an ‘Aha moment.’

The docent told us that one of her other tasks at the museum was cataloging photos for the archives. One of the things she and her colleagues could NEVER understand is why there were NO photos of women eating in the Corporate Dining Room!

I informed her that women employees were not allowed to eat (or drink, or smoke) in the dining room.

She was very excited to have this mystery solved and I was glad to make it part of the official record!

I was invited to enter my tale into the former employee guest book, which I happily did. I considered this a very productive trip and my pal Hazel agreed.

I strongly encourage you to visit this treasure of a museum – excellent for all ages.
Hamilton Wood Type & Printing Museum
1816 10th Street, Two Rivers, Wisconsin 54241