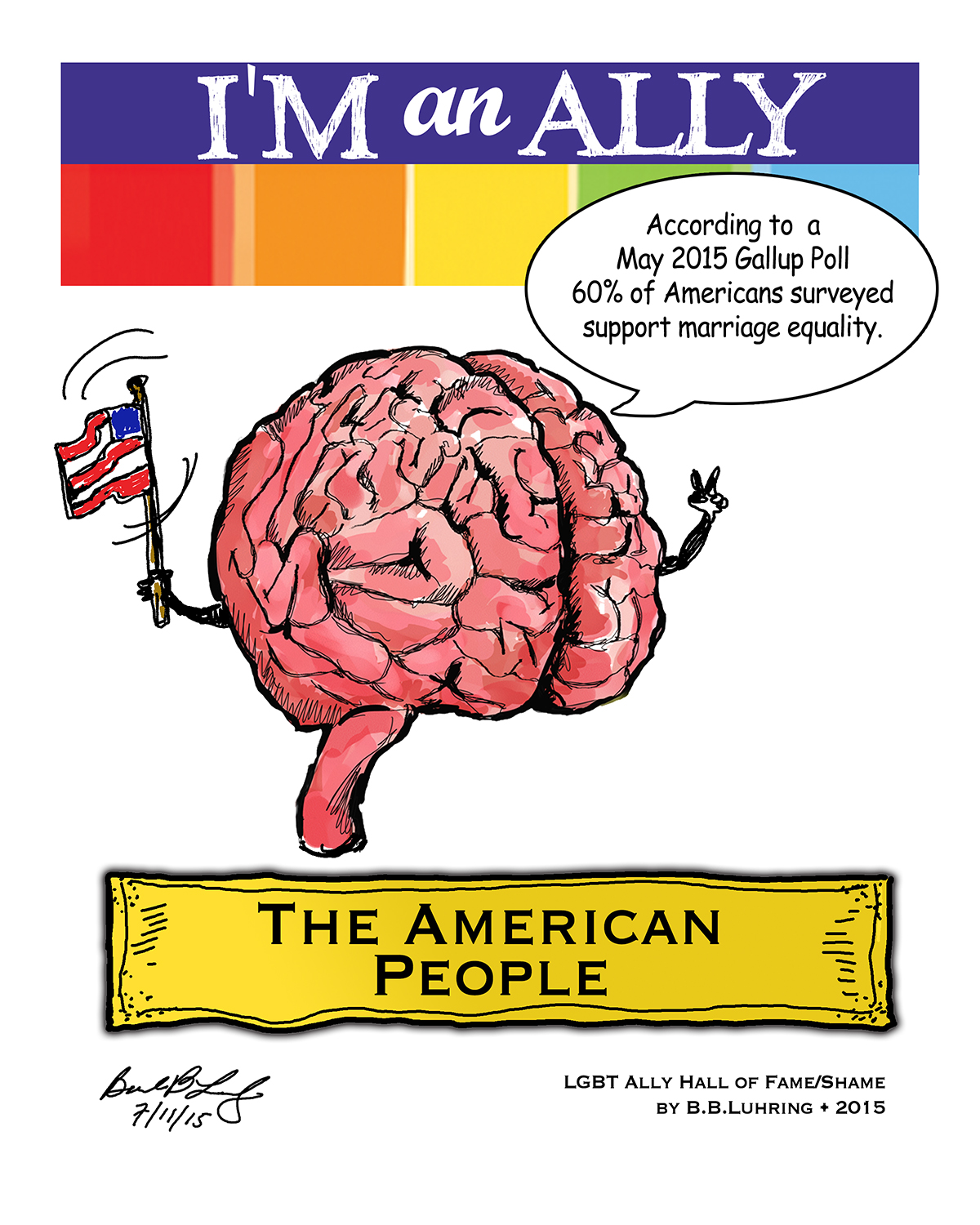 From the New York Times:

WASHINGTON — In a long-sought victory for the gay rights movement, the Supreme Courtruled by a 5-to-4 vote on Friday that the Constitution guarantees a right to same-sex marriage.

“No longer may this liberty be denied,” Justice Anthony M. Kennedy wrote for the majority in the historic decision. “No union is more profound than marriage, for it embodies the highest ideals of love, fidelity, devotion, sacrifice and family. In forming a marital union, two people become something greater than once they were.”

In honor of the occasion, I created a set of cartoons featuring the real quotes of some famous political voices: